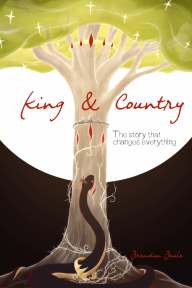 One of my favorite parts about going to the movies (apart from the popcorn) is the previews. I know that people complain about half an hour of advertisements before the feature even begins, but to me, it’s the best part. Sometimes they’re even better than the movie I actually came to watch. When the new Star Wars trilogy was first coming out, I and the rest of geekdom waited with eager anticipation for the release of the first teaser trailer, and then collectively hyperventilated until the film’s release in December. The trailer whet our appetite for the feature film. And because I was hooked by the previews, I was there on opening night with the rest of the storm troopers and Chewbacca cosplayers.

The greatest preview, however– the one that has truly captured my heart– is the teaser trailer in which I get to live every day. The church of Jesus Christ is a preview of what the reign of God in Christ will one day look like. The church is the outpost of the future, the arrival in the present of Jesus’ future global rule. We are the kingdom coming, the future reign of Jesus invading the here and now. One day, the New Jerusalem pictured in Revelation 21 will be present reality, and everything broken will be healed. Until that day, we are what the future looks like. The future day of restored people and restored relationships and restored communities and restored races today is glimpsed—dimly and imperfectly—in the reconciliation and restoration being forged in the kingdom colonies all over the world. Today, the glory of New Jerusalem is dawning in the struggling, bittersweet, beautiful life of the local church.

That future glory is rising in our midst because we are united with the present-and-future king of all creation, Jesus. Because of our union with Jesus, everything that was true of him as he carried the kingdom around is now true of us. We are “the body of Christ,” (1 Corinthians 12:27), the presence and reign of Jesus on earth. Joined to Christ in his darkness-overturning death, we have already passed through God’s final judgment, and have come out on the other side unscathed and not guilty. And joined to Christ and his victorious resurrection, we now participate in his new life that will one day make all things new. 2 Corinthians 5:17 confidently states, “If anyone is in Christ, he is a new creation. The old has passed away; behold the new has come.” “A new creation” is more than just a description of our sanctification, it is an eschatological exclamation mark. The future is breaking in early, not just in the resurrection of the King, but in the slow-motion resurrection of his regents as well. The new creation, begun with the King’s march out of the graveyard and soon to be consummated with his march out of the clouds, today is dawning in the remade hearts of his people.

If you want to see what the future New Jerusalem looks like, you don’t need a prophecy chart or even a commentary on Revelation. All you need is a church membership directory and a window into the daily struggles and joys and victories of God’s people in their shared life together as sin and sadness are ever-so-slowly being rolled back. Look at the personal repentance of individual members in their struggle against sin, and what you’re seeing is the little-by-little overturning of Satan’s empire. When you hear songs of worship rising from the hearts of the saints, you’re listening into the anthem that will eventually drown out all sadness and fill the universe with unending joy. Eavesdrop into the thousand little ways that God’s people serve one another and encourage one another and pray for one another, and you’re observing the future rulers of the world in training. View the diverse people of God overcoming prejudice and learning to love each other, and what you’re witnessing is the shared kingdom life which is going to, one day, overtake and remake all creation.

Do you love this preview of coming attractions? If so, get excited for the main event. What a blockbuster this kingdom is going to be when it finally releases!